Here is the place to discuss philosophy, religion, and spirituality.
Post Reply
631 posts 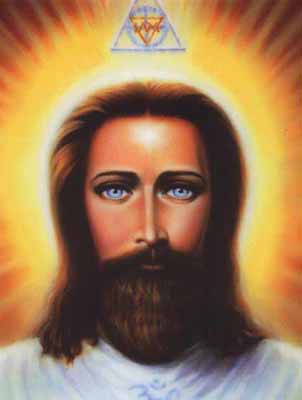 I don't just see the images, they are rather simplistic, realy.

What I do see is the intent. Funny, but It makes sence to me.
Top

Are we living in the age of apostasy predicted for the last days?

In practice, most people are atheists, Indifference, and the spirit of "this world" prevail everywhere

It seems that way, but perhaps there's a reason. Generally, bad trends have to get worse, and worse till they hit bottom. Then we're ready to change. Right now, we're under the spell of Madonna who sang of "the material girl", and those who have taken up where she left off generally offer more of the same, or even more of it.

Is it any surprise when the mainstream religions have lost all credibility, while hellfire mega-preachers and Mormons take up the slack? The problem started 1900 years ago when they twisted Jesus into an Egyptian myth, and sold it to people who were so ignorant and hopeless that they hooked onto the myth; because in addition to the fantasy it was also baited by sayings and stories about Jesus that actually were true.

Now that the Egyptian sidetrack has pretty much expired, given that this feels like an " age of apostasy" I think there is hope that a new age will be upon us. Perhaps from a very unlikely source. I read this in the June issue of a serious science magazine:
"If there were a dividing line between the quantum and the classical worlds we could use the space and time of the classical world to provide a framework for describing quantum processes. But without such a dividing line - and indeed, without a truly classical world - we loose this framework. We must explain space and time as somehow emerging from fundamentally spaceless and timeless physics."

It may be a hundred years before school kids learn that the classical world that Madonna sang about is an illusion. But once people get used to that idea, I think humanity will be ready for the kind of poems that you write, Sphinx.
Top

Well, I feel that ...we... as a race are crashing?.. into a new realization. The birthing pangs are everywhere. When a child is born, it can go many ways, and nature picks no sides, but the evidence is on the table.

After all, we come from greater places, although some would argue that we are undifined.
Top

There are opposing sides to everything. Even everything that is said, just about every other word and the context it is put in can have two opposite meanings side by side. If one was not used to this and couldn't read body language and listen in on the tone of voice in both written and vocal discussion, they'd have absolutely no idea what anyone was saying.

This is the information age. It's almost like another intellectual enlightenment. Look how far we've come! And in so little time! How amazing! What an amazing time we live in! It's good to be alive!

Flapjack wrote:This is the information age. It's almost like another intellectual enlightenment. Look how far we've come! And in so little time! How amazing! What an amazing time we live in! It's good to be alive!


This is life and death

We're coming to a major shift. Like was said, things have to get worse before they can get better. We have to hit rock bottom, so there's no where else to go but up.

I hope all this 2012 business does end up being something. Not another Y2K that meant nothing at all, but also not the end of all things apocalypse style like some people claim. I hope it's the beginning of this major shift in our reality. We only seem to have two real paths to take; one leads to destruction and pain, the other to a completely new civilization the likes of which can scarcely be imagined. Obviously, I hope for the latter.
Pulled and kneaded like salt water taffy.

this is the rage right now!

They were coming out with raps songs where people were saying they were Christ incarnate and talking about the illuminati and the next level of consciousness. This was like a fad a few years ago

I think it's up to us to bring the Art to the people! How many of us are artists?
Top

Flapjack wrote:They were coming out with raps songs where people were saying they were Christ incarnate and talking about the illuminati and the next level of consciousness. This was like a fad a few years ago

LOL, seems I missed it too. Just not a rapper.

I think the shift in consciousness will come when the economy finally does a total collapse, and the bombs start to fall. God help us if it will take that kind of pain?

For some the shift has already begun, and the Internet is fueling the awakening. We are well informed and the sharing of information is great. I remember when the Internet was just getting hooked up and my Sociology prof was saying that it would bring about a huge shift in global consciousness, I agree with him now.

At the time when the Atom bomb was being created, psychedelics were also being reintroduced into the global mind set. One force trying to counter another? Both have been put on hold, globally. I sure hope that rationality prevails....and we turn to light.
Last edited by Sphinx on Sat May 21, 2011 10:28 am, edited 1 time in total.
Top

Curosity is not always a good thing on the net. I checked out one of Flappy's lill Wayne links. First I listened to him "sing" it; then I read the lyrics (see below); then I clicked on an odd link interleaved into the lyrics, seeming to point to where the lyrics came from. Actually, it was a malware entry point, and my antivirus program immediately had a thrombosis! When the dust settled I tried to figure out if the malware had managed to install itself, but couldn't scope it out and guess I'll have to wait and see. Meanwhile, my computer may now be another "bot" seeding the net with "lill wayne clones !!!"

What would Jesus say about this! Are we into the post-rapture now? Is the meltdown happening ??

------lill Wayne Rapture background choir lyrics----------
I am not a human being Uhh,
p-ssy for lunch
pop all the balloons and spit in the punch, yeah,
kush and the blunts
I ride through your block see a foot in the trunk
I don't know why they keep playin
they better replay 'em giving them the blues Bobby "Blue" Bland (blues singer)
together we stand and fall on y'all
ballin' with my bloods, call it b-ball
these days aint sh-t Young Money is
I got mars bars three musketeers
come through coupe same colour as veneers
and you know I'm riding with the toast, cheers! (reason he's in jail)
yeah, now I'm back on my grizz
and y'all's a bunch a squares like a muthaf-cking grid
sh-t f-ck with me and get hit
I finger f-ck the nina make the b-tch have kids
just do it my n-gga I just did
name a muthaf-cker deeper than me b-tch dead
ya dig, this here is big biz and I scream f-ck it whoever it is

[Verse 2]
Uhh, rockstar baby
now come to my suite and get lockjaw baby
Rich n-gga lookin at the cops all crazy
its the mob sh-t n-gga Martin Scorsese
heater close range, cuz people are strange
but i bet that AK 47 keep you ordaned
you cant see weezy nor wayne
im in the far lane, im running this sh-t - hundred yard gain
uhhh, swag on infinity
im killing em, see the white flag from the enemy
shoot you in the head and leave your dash full of memories
father forgive me for my brash delivery
I will try you, I wouldnt lie you
I must be sticky cuz them bitches got they eyes glued
young money baby we the sh-t like fly food
yall cant see us - like the bride shoes.
I stand tall like a muthafuckin 9'2
I scream motherf-ck you and whoever design you
and if you think you hot then obviously you are lied to
and we dont die, we multiply and then we come divide you.

[Verse 3]
Re-Reporting from another world
Magazine full of bullets you can be my cover girl
Ness go the weed thicker than a southern girl
strong arm rap like a n-gga did a hundred curls
rock star biatch, check out how we rock
and if this aint hip hop...it must be knee hop
im higher than a tree top
she lick my lo-llipop
I still get my candy from your girlfriends sweet shop
spitting that he rock im smooth not Pete Rock
and my money on etcetera - 3 dots
still get a stomach ache every time i see cops
you better run mothaf-cka, cuz we not
you better run till your feet stop
you aint even on a f-cking alphabet in my tea pot
colder than a ski shop
holding on to THE top, and even if i let go i still wont G-rock