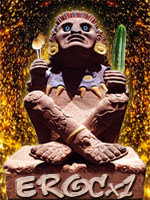 Hi,
We are organizing a seminar in Europe with the master healer Guillermo Arevalo Kestembetsa who is the spiritual leader of the Shipibo people.
Kestembetsa is probably one of the greatest contemporary masters accessible. His intent to spread the knowledge of his people brought him to build several centers in peru and to travel all over the world.
He will be holding healing ceremonies in several European cities this coming October.

If you wish to receive more information about our work and projects, please contact us at:
metsavimaATyahooDOTit
(spamsafe)

Anyone want to come to Upstate NY for a winter festie? Maybe we could all get together at Greek Peak or Labrador Mountain for a winter-time gathering? I bet it would be a wicked good time! Skis, snowboards, and snow-skates are OK by my skunk! I have an extra bedroom if anyone needs to stay a day or two!
Top


"This is more than a raw vegan food festival. Our vision is to integrate Healthy Living, Eco-Sustainable Solutions and World Peace because together these comprise a comprehensive strategy for addressing current global challenges. We feel that our Raw Spirit Fest non-profit organization belongs to the entire ever-expanding, international community."

Not my cup of tea, but "different strokes for different folks"
Top

This year's event will span two days, with a full day of educational presentations and workshops on Friday, April 9 (FREE for Bay Area students), and an afternoon and evening of entertainment ranging from live music to aerial demonstrations on Saturday, April 10. We are honored and delighted to be back again this year at NASA Ames Research Center in Mountain View, California!

Get Tickets (for Saturday April 10) :
http://yurisnight2010.eventbrite.com/?ref=ebtn

DAY 1 - Education & Interactivity
FRIDAY APRIL 9, 2010 will be a free event for elementary, high school and college students to explore art, space, technology, and the future of the world being built in Silicon Valley. The event will feature talks by leading NASA scientists and experts. This year, Yuri's Night Bay Area will also be host to the Conrad Foundation's Spirit of Innovation Awards' final event, the Innovation Summit. The Spirit of Innovation Awards challenges high school students to create products using science, technology, and entrepreneurship. Finalist teams in this competition will present their concepts for commercial opportunities and cash grants worth over $100,000. In addition to the student presentations, workshops, and speakers from leading scientists and entrepreneurs will be open to the public. This event will be open to all schools (K-12 and college) from 9:00 a.m. until 3:00 p.m.

DAY 2 - Multimedia Festival Day
SATURDAY APRIL 10, 2010 will be a concert festival from 12:00 p.m. until 12:00 a.m. Artists from all over the world will assemble at NASA Ames to captivate Yuri's Night participants. Significant aircraft from past decades will be on hand as static displays with tours and flying demonstrations. Speakers from NASA, space industry, and groundbreaking technology organizations will inspire attendees with the possibilities of the future. Science-inspired large and small scale art installations will be incorporated in all aspects of the event with a meld of technology and creativity that leads to an event like no other in the world. Interactive sci/tech exhibits from NASA and leading space groups will round out the awe-inspiring second day of Yuri's Night.

THIS IS GOING TO BE AWESOME!
Top

Lets keep this current, I hadnt come across this thread yet, and its a GREAT idea.
Subscribe and post ANYTHING you guys think someone on here will enjoy.
ANYTHING!!!
Anyone live in the southeast with any good events we should know about?

Return to “The eNet Social Forum”