This is the plant discussion forum. Here we can discuss all other entheogenic plants, historical use, preparations, etc.
Post Reply
39 posts

don't knock it 'till you try it
Top

So is Cats Claw supposed to be a 'natural anti-depressant' ?
Top

Herbal Jah wrote:So is Cats Claw supposed to be a 'natural anti-depressant' ?

Uncaria tomentosa (popularly known in English as Cat's Claw, in Spanish as UÃ±a de Gato or as Indian name Vilcacora) is a woody vine found in the tropical jungles of South and Central America, which derives its name from its claw-shaped thorns. It is used as an alternative medicine in the treatment of a variety of ailments.
Contents
[hide]

Uncaria tomentosa is a liana deriving its name from hook-like thorns that resemble the claws of a cat. U. tomentosa can grow up to 30m tall, climbing by means of these thorns. The leaves are elliptic with a smooth edge, and grow in opposite whorls of two. Cat's claw is indigenous to the Amazon rainforest, with its habitat being restricted primarily to the tropical areas of South and Central America. There are two species of Cat's Claw, Uncaria tomentosa and Uncaria guianensis, each having different properties and uses. The two are frequently confused but U. tomentosa is the more heavily researched for medicinal use[2] and immune modulation, while U. guianensis may be more useful for osteoarthritis.[3] U. tomentosa is further divided into two chemotypes with different properties and active compounds, a fact ignored by most manufacturers[4] that can have significant implications on both its use as an alternative medicine and in clinical trials to prove or disprove its efficacy.[5]

The parts used medicinally include the inner bark and root, taken in the form of capsules, tea and extract.

U. tomentosa is used in nootropic drugs, as well as in treatment of cancer and HIV infection. It contains several alkaloids that are responsible for its overall medical effects, as well as tannins and various phytochemicals.[6] The chemotype of the plant determines the dominant type of alkaloid it produces, and thus its properties in vivo. One chemotype has roots which produce mostly the pentacyclic alkaloids that are responsible for the immune-strengthening effects desired by most consumers. The second chemotype produces tetracyclic oxindole alkaloids known as rhynchophylline and isorhynchophylline which counteract the immune-strengthening actions of the pentacyclic alkaloids, reduces the speed and force of the heart's contraction, and in high doses produce ataxia, lack of coordination and sedative effects.[5] Since U. tomentosa comes in at least these two different chemotypes, without chemical testing it is impossible to know which chemical compounds will predominate in a plant collected randomly from a natural setting.

Some ingredients appear to act as anti-inflammatory, antioxidant and anticancer agents.[6] As an herbal treatment, Cat's Claw is used to treat intestinal ailments such as Crohn's disease, gastric ulcers and tumors, parasites, colitis, gastritis, diverticulitis and leaky bowel syndrome, while manufacturers claim that U. tomentosa can also be used in the treatment of AIDS in combination with AZT, the treatment and prevention of arthritis and rheumatism, diabetes, PMS, chronic fatigue syndrome, prostate conditions,[7] immune modulation,[8] Lyme disease[9] and systemic lupus erythematosus.[10] A 2005 review of the scholarly literature on Cat's Claw indicates there is supporting evidence toward its use in treating cancer, inflammation, viral infection and vascular conditions, and for its use as an immunostimulant, antioxidant, antibacterial and CNS-related agent.[6]

It has also been shown to be a powerful MAO-B inhibitor. [11]

The indigenous peoples of South and Central America have used U. tomentosa for medicinal purposes for two thousand years or more, It is often added to Ayahuasca. Researchers have investigated the use of the plant by the AshÃ¡ninka tribe of Peru, who use the plant as a general health tonic, contraceptive, anti-inflammatory agent for the gastrointestinal tract, and as a treatment for diarrhea, rheumatic disorders, acne, diabetes, cancer and diseases of the urinary tract.[12] In Brazilian traditional medicine it is used against dengue to reduce inflammation and DOES NOT prevent dengue.[13]

Individuals allergic to plants in the Rubiaceae family and different species of Uncaria may be more likely to have allergic reactions to Cat's Claw.[14] Reactions can include itching, rash and allergic inflammation of the kidneys. In one documented case, kidney failure occurred in a patient with Lupus erythematosus[15] but it is not known if this was due to an allergic reaction or another cause.

There are other plants which are known as cat's claw (or uÃ±a de gato) in Mexico and Latin America; however, they are entirely different plants, belonging to neither the Uncaria genus, nor to the Rubiaceae family. Some of the Mexican uÃ±a de gato varieties are known to have toxic properties.

So what would be suggested for a starting amount of raw material?

I ordered some cats claw about 6 weeks ago and have been taking it almost daily since in 800mg caps anywhere from 2-4 a day.

I have chronic knee pain from torn ligaments and get swelling. The cats claws def helps with that as it is an anti inflammatory.

I dont know about the other uses for it i.e. ant parasitic, immune system builder lower cholesterol.

But i know it works for me better than ibuprofen, that's all the proof i need.

I also have been taken piracetam. have not noticed an added affect from taking them both
Top

teeko wrote:So what would be suggested for a starting amount of raw material?

i used to take it with kratom back in 04 and it seemed to potentiate the effects, although it could have been placebo.
Top

I beleive that an MAOI-A is necessary to potentiate MHRB brews. I can't find a good reference, but this is from Wikipedia : DMT is generally not active orally unless it is combined with an monoamine oxidase inhibitor (MAOI) such as a reversible inhibitor of monoamine oxidase A (RIMA), e.g., harmaline ...
Top 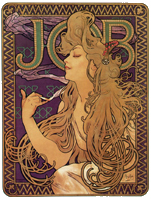 Some MAOIs inhibit both MAO-A and MAO-B equally, other MAOIs have been developed to target one over the other.

MAO-A inhibition reduces the breakdown of primarily serotonin, epinephrine, and norepinephrine and thus has a higher risk of serotonin syndrome and/or a hypertensive crisis. Tyramine is broken down by MAO-A, therefore inhibiting its action may result in excessive build-up of it, so diet must be monitored for tyramine intake.

MAO-B inhibition reduces the breakdown mainly of dopamine and phenethylamine so there are no dietary restrictions associated with this. Two such drugs, selegiline and rasagiline have been approved by the FDA without dietary restrictions, except in high dosage treatment where they lose their selectivity

I think DMT is broken down by MAO-A,
so a MAO-B inhibitor won't potentiate oral route.
Lay down all thoughts, surrender to the void, it is shining
Top

Return to “Other Entheogens Discussion”